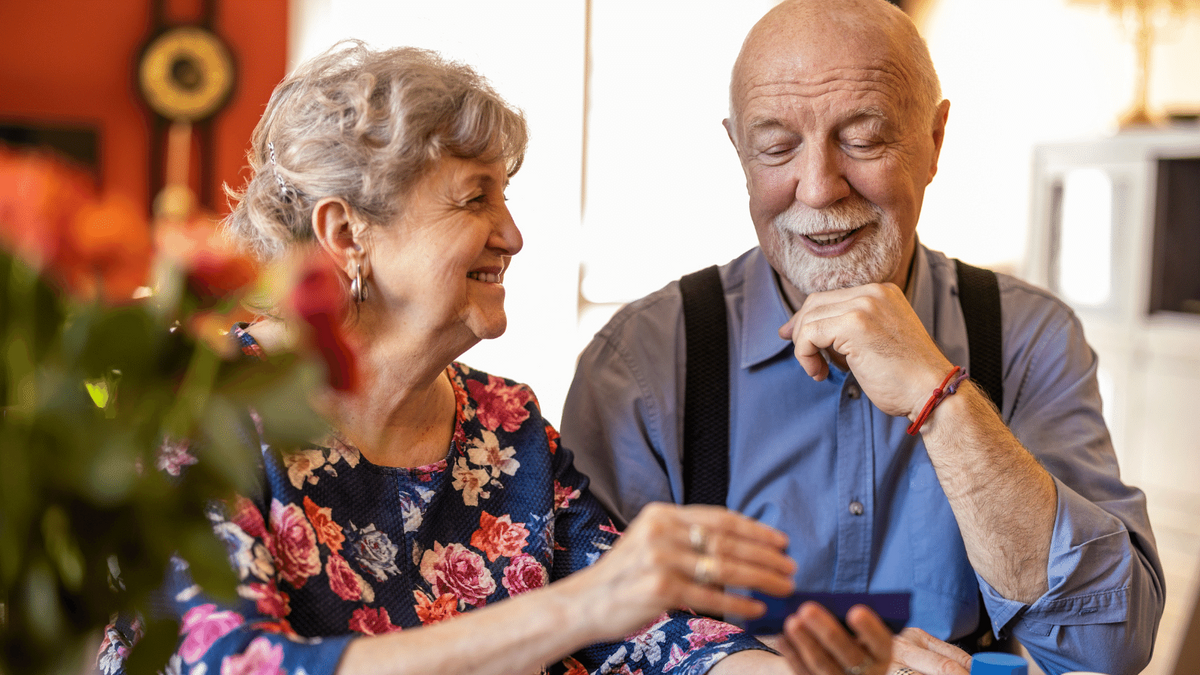 Most couples still make decisions together when they give money to charity – but it’s becoming less common...

While most U.S. couples make charitable giving decisions together, the share of joint decision-makers is declining, according to a study we published on March 16. About 62% of couples decide about their giving together, down from 73% in 2005, the last time anyone studied this behavior in the general population rather than in rich families.

Meanwhile, we found that it became more common for one partner to make all giving decisions for their household.

When that happens, women are more likely to be in charge than men – 15% and 12%, respectively. The remaining 11% of couples decide separately about what charities to support and how much money to give away, down from 16% in 2005.

These findings are based on responses to a Women’s Philanthropy Institute survey we and our colleagues conducted in May 2020 on how families make decisions about charitable giving. About 3 in 5 of the 3,500 people across the country who completed the online survey on behalf of their households were married or living with partners – in line with what’s typical for the U.S. overall.

Because we defined couples as anyone married or living together, including any gender combination, households headed by LGBTQ couples were included in our data. We did not analyze their giving patterns separately, and we plan to publish our findings on the 3-in-10 Americans who are single and couples whose households include other adult family members at a later date.

We also looked at other factors, like demographics and how much couples give to charity. For example, we found that older couples and couples with children under 18 are more likely to give jointly. And, on average, men who decide on behalf of their household tend to give the most. Households led by people who are married or partnered and make charitable decisions separately give the least.

Individuals have different thresholds for when to consult their partners.

It makes sense that a person would be more likely to talk to their partner about donating US$2,000 to a charity as opposed to $20. But couples who decide about giving separately, or where men make all the charitable decisions, have much higher thresholds for giving without any discussion. Couples deciding together, or where women make all the giving decisions, have much lower levels at which they talk about this issue with their partner.

Finally, most households seem satisfied with their charitable decision-making, with around three-fourths of all couples indicating that they agree about the amounts and causes supported.

The roles women play, both in the workforce and in their families, have changed over time with more of them becoming breadwinners. 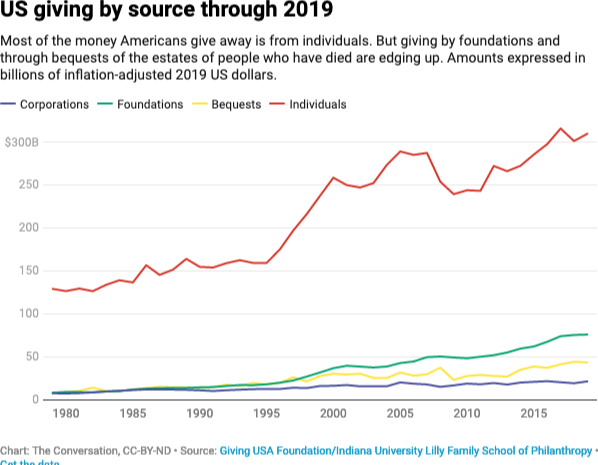 Understanding how these changes might affect household giving matters because charitable giving in the U.S. mainly comes from individuals and families. Money from people, as opposed to foundations or corporations, has accounted for at least 70% of all charitable giving over the last 40 years according to research conducted by the Giving USA Foundation in partnership with the Indiana University Lilly Family School of Philanthropy.

We studied charitable giving in terms of dollars given. But generosity isn’t just about money. Volunteering, advocacy, and other forms of giving are also important, especially when financial resources are constrained. Scholars of philanthropy like us still do not fully understand household dynamics surrounding these other ways people give back to their communities.

Interestingly, couples responded to our survey in May 2020, at the beginning of what economists are calling the “she-cession” – a period when women are disproportionately staying out of the workforce, especially mothers, to accommodate the additional caregiving and parenting responsibilities brought about by the COVID-19 pandemic. This timing means that we may have obtained data from a moment when women’s decision-making power is at its lowest level in recent years, but it’s too soon to know whether that might have influenced the dynamics of charitable giving for couples.

Disclosure statement
Jacqueline Ackerman is employed by the Women's Philanthropy Institute, which receives funding from The Bill & Melinda Gates Foundation for this project.

Jon Bergdoll is employed at the Lilly Family School of Philanthropy, which received funding for this project from the Bill & Melinda Gates Foundation Partners IUPUI provides funding as a member of The Conversation US.

Partners
IUPUI provides funding as a member of The Conversation US.

The opinions voiced in this material are for general information only and are not intended to provide specific advice or recommendations for any individual. To determine if charitable contributions may be appropriate for you, consult your qualified tax or legal advisor.

This article was prepared by The Conversation.